Whenever faced with a drainage flow from an upstream neighbour, a land user has two possibilities: 1) he allows the flow to pass over his plot or 2) he blocks the flow with stones to divert it down the hill along the plot boundary. If Yohannis accepts the water, it flows straight on and the water velocity remains the same. If the water is turned down the plot boundary, the water velocity – and thus the erosive power of the flow – increases with the slope gradient. Although steep drains can convey more water than flat drains, fast flowing water scours the waterway and might, if not protected with stones or grasses, create rills. 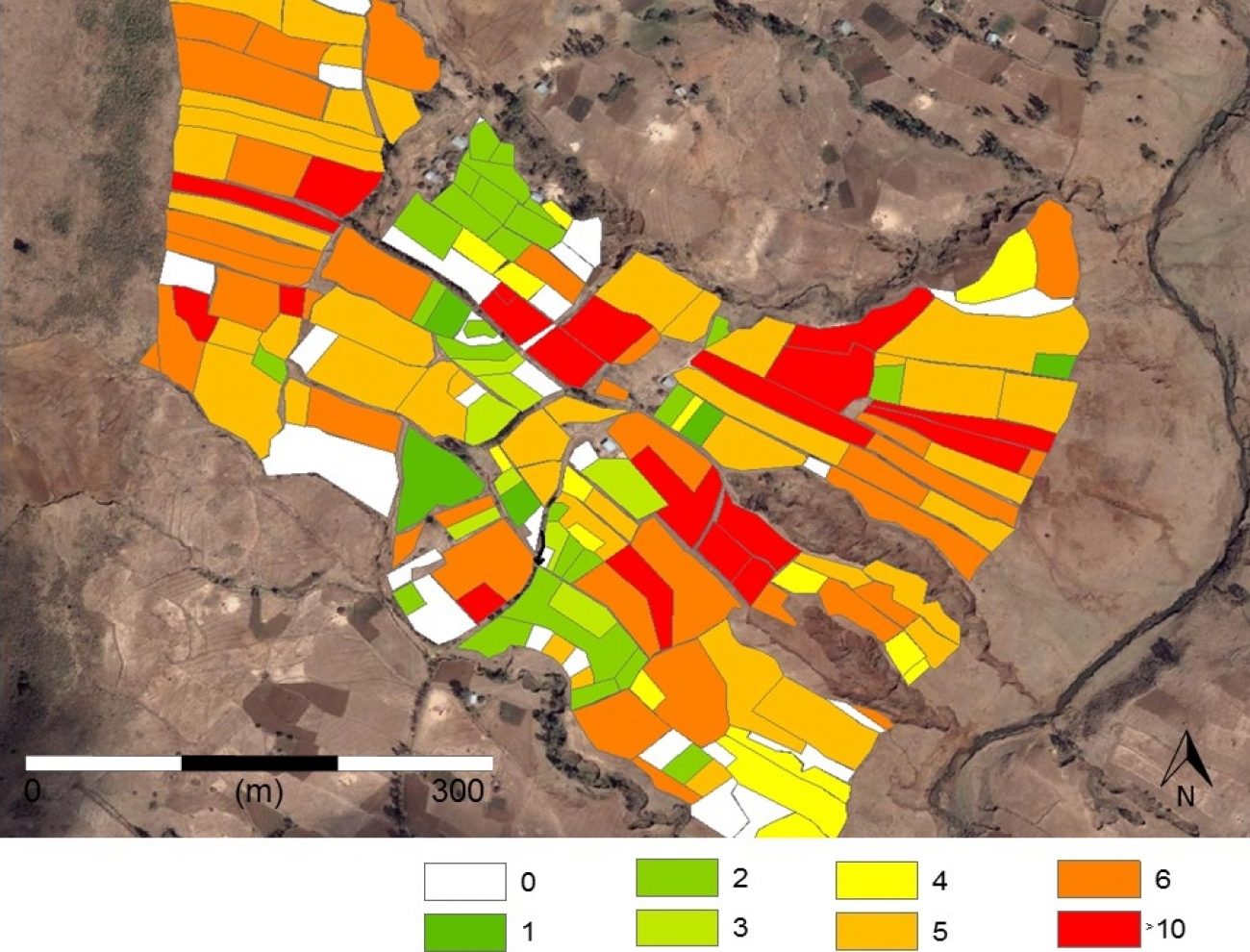 Several factors have led to the increase in surface runoff in the rainy season over the past 50 years. First, as only a few trees remain on the hill, less water is captured and water flows directly towards the cultivated area. Second, as more grazing land is now cultivated, the opportunities to dispose of water into safe drainage routes are limited. Third, whereas more than half of the plots were fallow in the 1950s, fallow is now hardly ever practised. Thus, the amount of cultivated land that needs to be drained has doubled. Fourth, extra furrows are ploughed into the fields to prevent the flooding of scarce land and the washing away of expensive fertilizers. 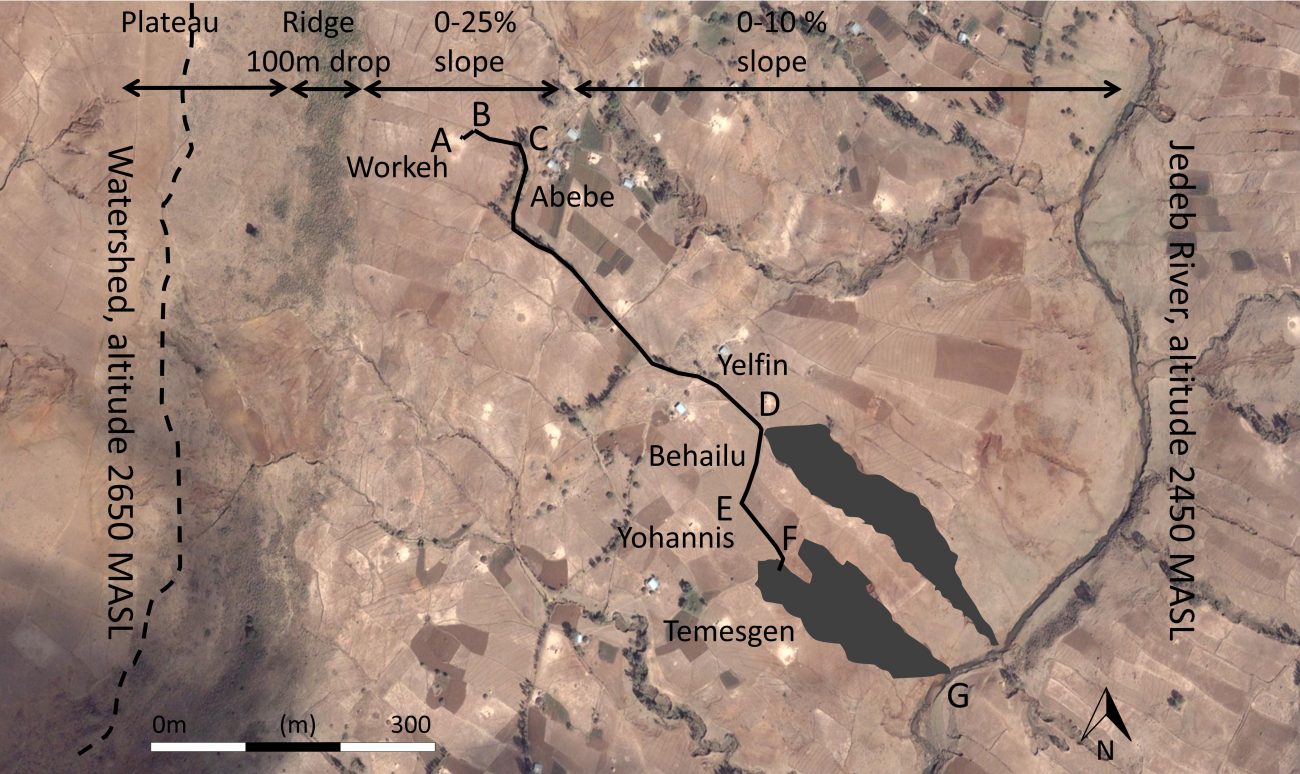 The increase in surface runoff coincides with the growing unwillingness of many to drain their neighbours’ water. As the approaching water is diverted straight down the border of their plots, the number of vertical drainage routes along the hill has increased. This is especially dangerous on the lower part of the slope, which is flatter and has loamy soils which saturate during the rainy season. This makes this part of the hill susceptible to the collapsing of slopes wherever rills are created. Whereas up the hill, where the slope is steep, protection with stones helps to stop gullies from growing, in the lower part such protection is often undercut and slopes easily. In the 200-metre zone near the river, numerous gullies have thus appeared, resulting in the loss of land that was previously used for grazing and cultivation.

However, the formation of drainage routes on the hill is not merely the result of more intensive drainage, saturating soils, and slumping gully walls. It depends on understandings of who are rightful cultivators of the land and what are ‘natural’ drainage routes. When the growing gully started to threaten the house of Yelfin’s family, her deceased husband mobilized an acquaintance from the nearby agricultural office. During his visit, he ordered the people around the gully to dig two diversions to change the drainage route. When the extension officer left at the end of the day, they had not finished the southern diversion. Yohannis, embittered by the distribution (1997) of his son’s land which he cultivated since his son was forcefully recruited and died in battle, refused to accept the prospect of losing more land. He stated: “Maybe they think I am old, but I am not a fool. Why do they make their problem my problem? Therefore I blocked the flow [and turned it down].” He blocked the flow and diverted it straight down towards the plot that he felt he had lost to Mr. Kassahun during the 1997 land distribution. 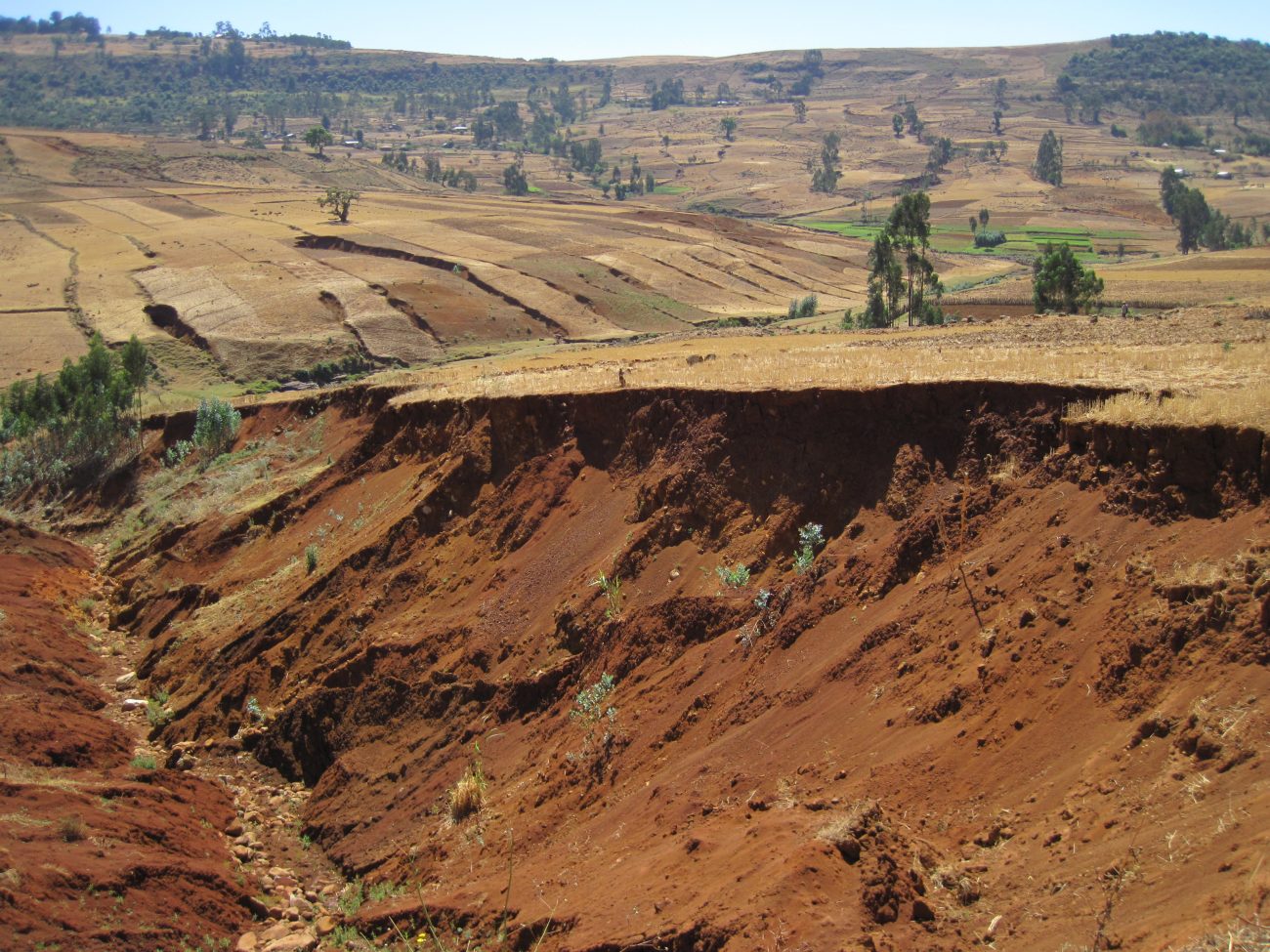 In the years that followed, the diverted flow washed away soil from a barren spot of grazing land downstream of Kassahun’s plot. Soon, a new gully expanded along the entire boundary with his neighbour. Kassahun appealed to the DA every year but could not convince him to divert the flow. He explained: “You must know we are not equal… I was young and the women on the other land sharecropped out the land. Our plot is in between the plot of the son of the old kebelle leader and the plot of a militia.” Over the next 10 years, he would lose his whole plot. Kassahun understands well why Yohannis and his son Tadesse do not help him. All surrounding cultivators know the dangers of the saturated slope. “Why would [Yohannis] help to protect land that was taken away from him? Or why would [Tadesse] help to protect lands that are not his? “ 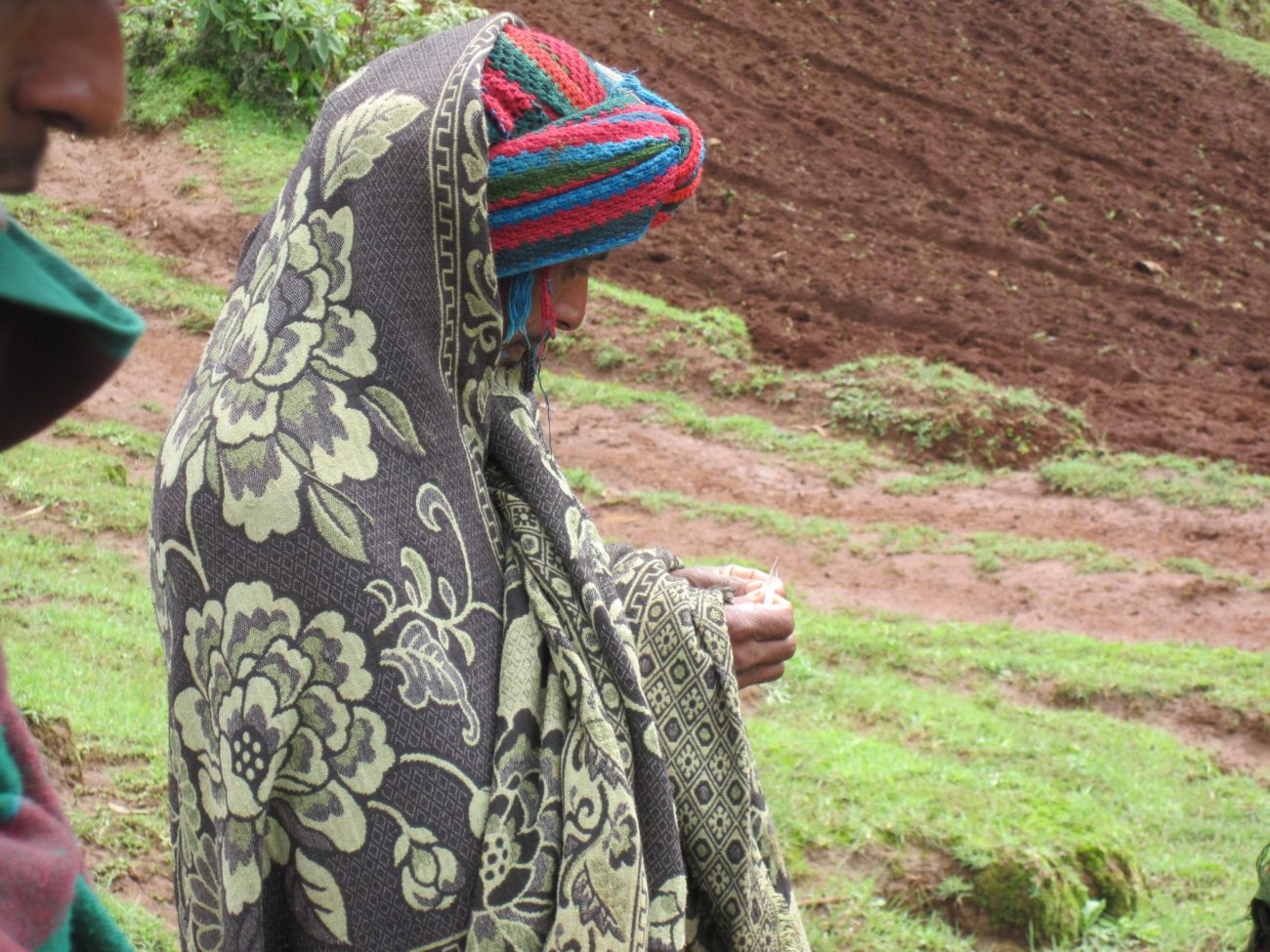 But Yohannis points out another reason for the growing gully: “The new generation is poor at farming… They have no oxen but donkeys and engage in trade… They make no ditches or stone protections to protect the soil and crop… Moreover they might claim the land… Every year [my son] moves the boundaries of his plot already… That’s why I refuse to sharecrop my land to my sons.” His judgment does not result only from his frustration with the decreasing willingness of his sons to support their ageing father with daily work; it also resonates with the ‘farmer image’ reproduced again and again by landholders and extension agents.