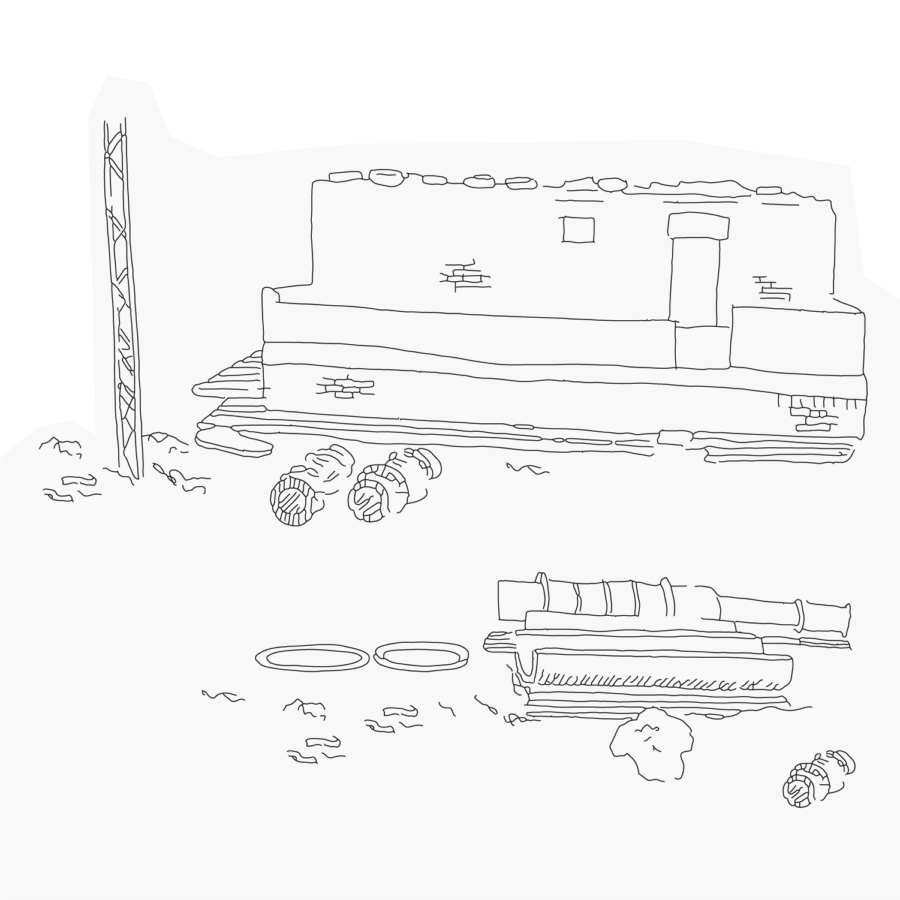 Local workshops produce concrete pipes that farmers use to direct water flows to their land. 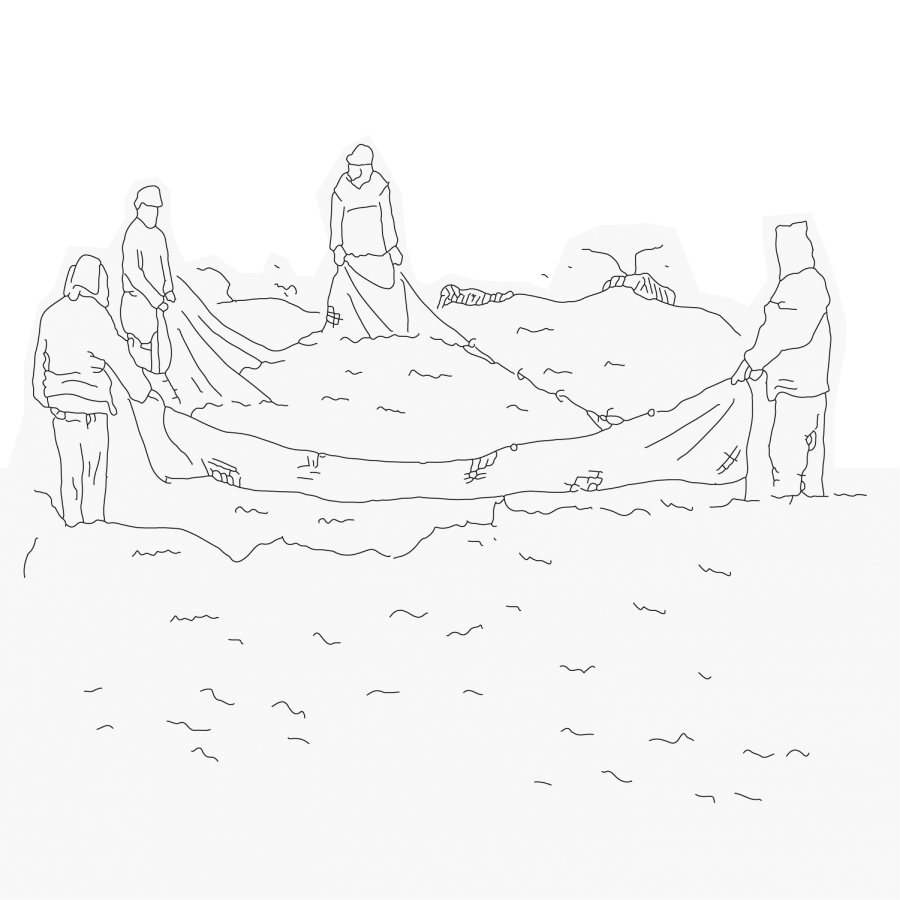 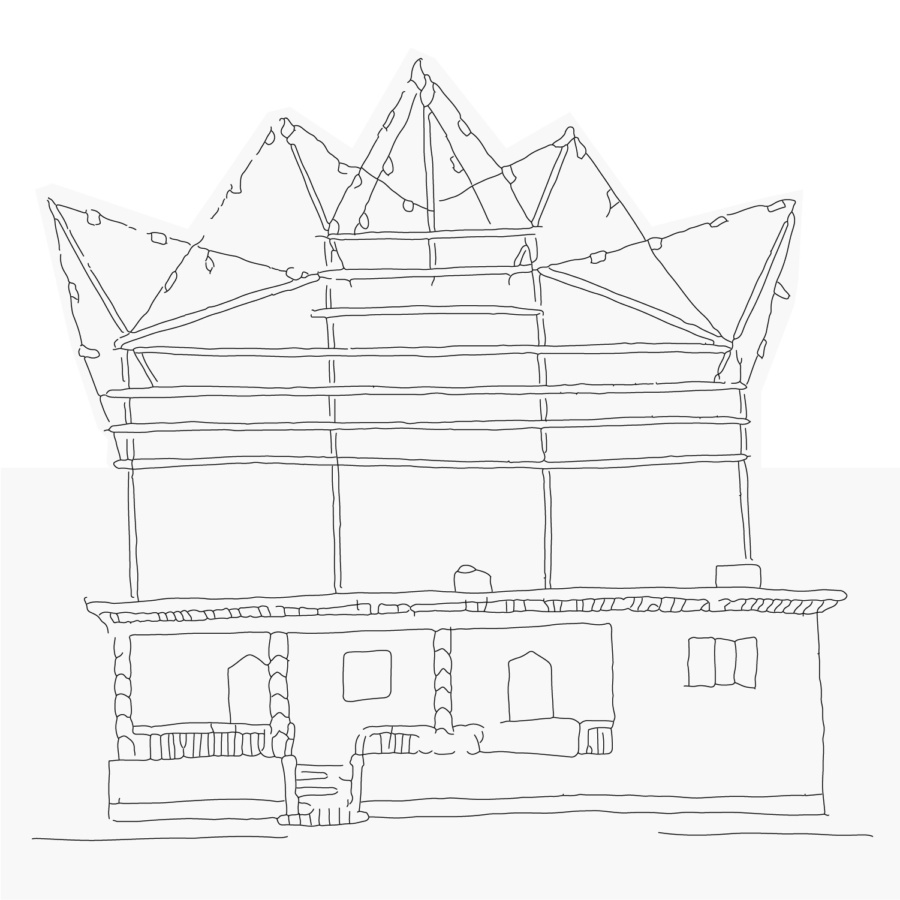 This type of installation announces a wedding; an important social event in the area.

Read Story
Mahmoud, share cropper
Mahmoud is a farm manager and sharecropper for an agricultural investor with a 50 hectare farm at the head of the branch canal, which has almost ideal production conditions. Mahmoud is one of the many people from the nearby ‘old lands’, who moved to work on the ‘new lands’. 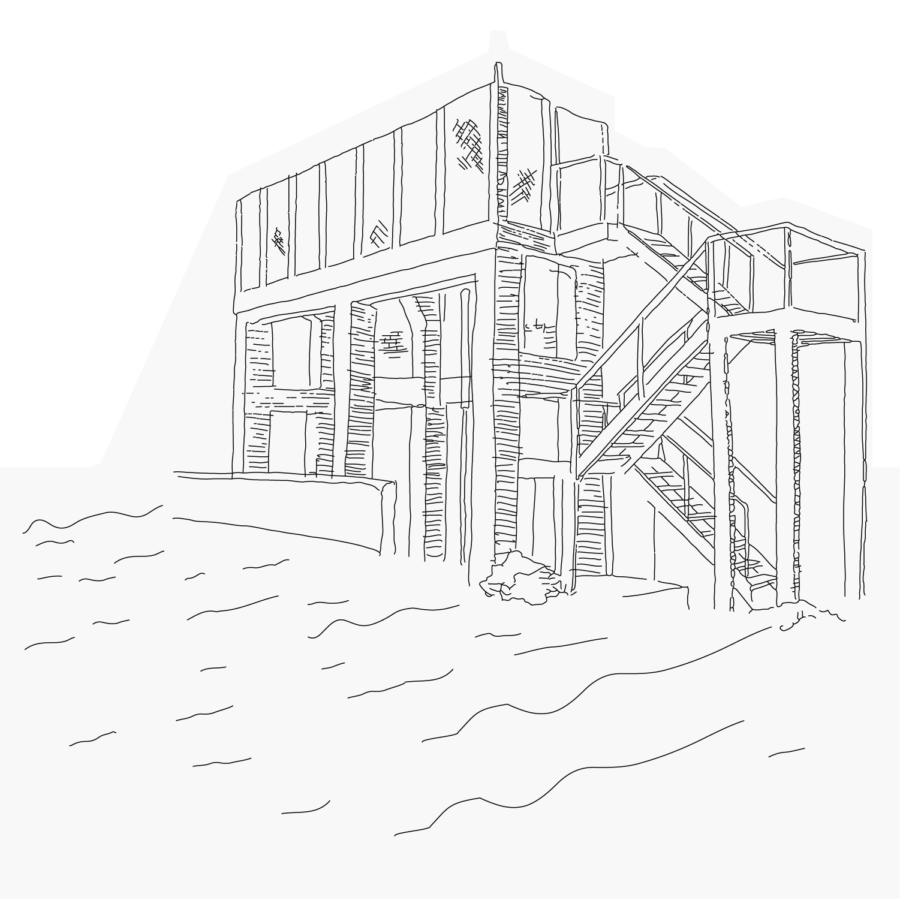 The intake gate of the branch canal. 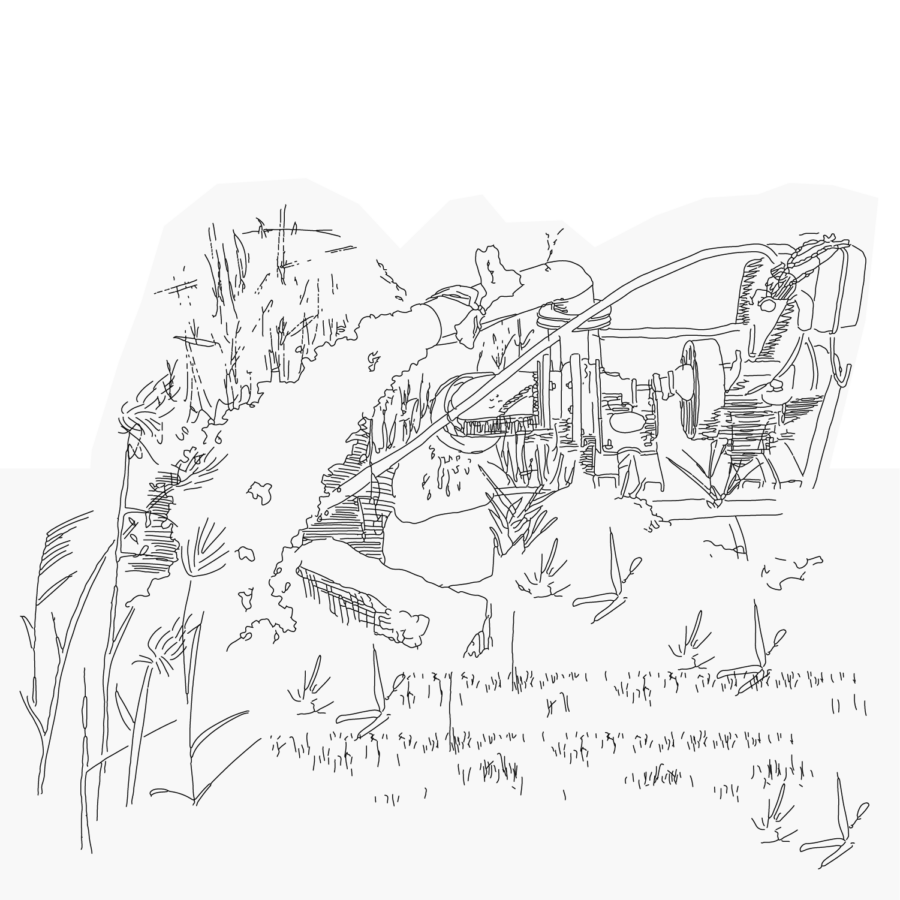 All around mobile diesel pumps are pumping up water from canals/drains.

Read Story
Madame Samia, female farm owner
Madame Samia is the widow of a large agricultural investor with land at the head of the canal. Since her husband passed away, she assumed the responsibility for the farm and had to learn about agriculture from scratch.
Read Story
Tanja, researcher
She gives her view on the life achievements of Madame Samia. 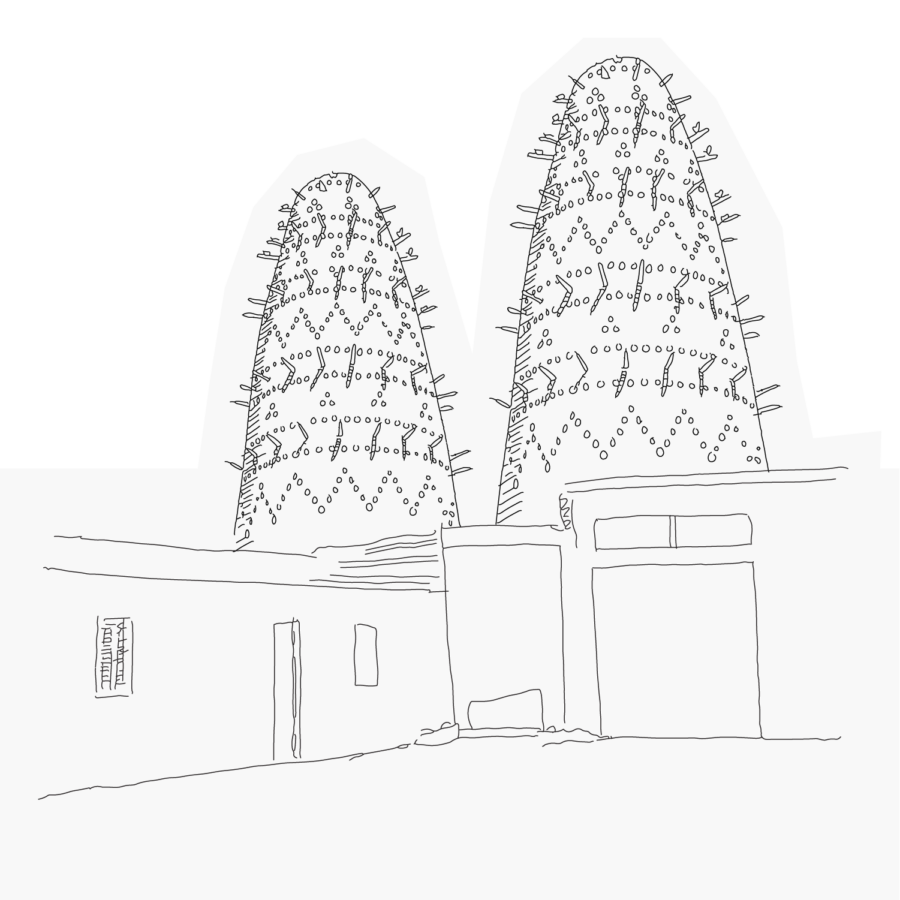 Pigeon towers indicating the great love that Egyptians have for these birds.

Read Story
Bedouin Girls, Nomads in a settlement area
These young women are part of a Bedouin family which moves with their animals across the Nile delta and along the desert margins. Living in tents in the open air and moving around the whole year is the best life for them. 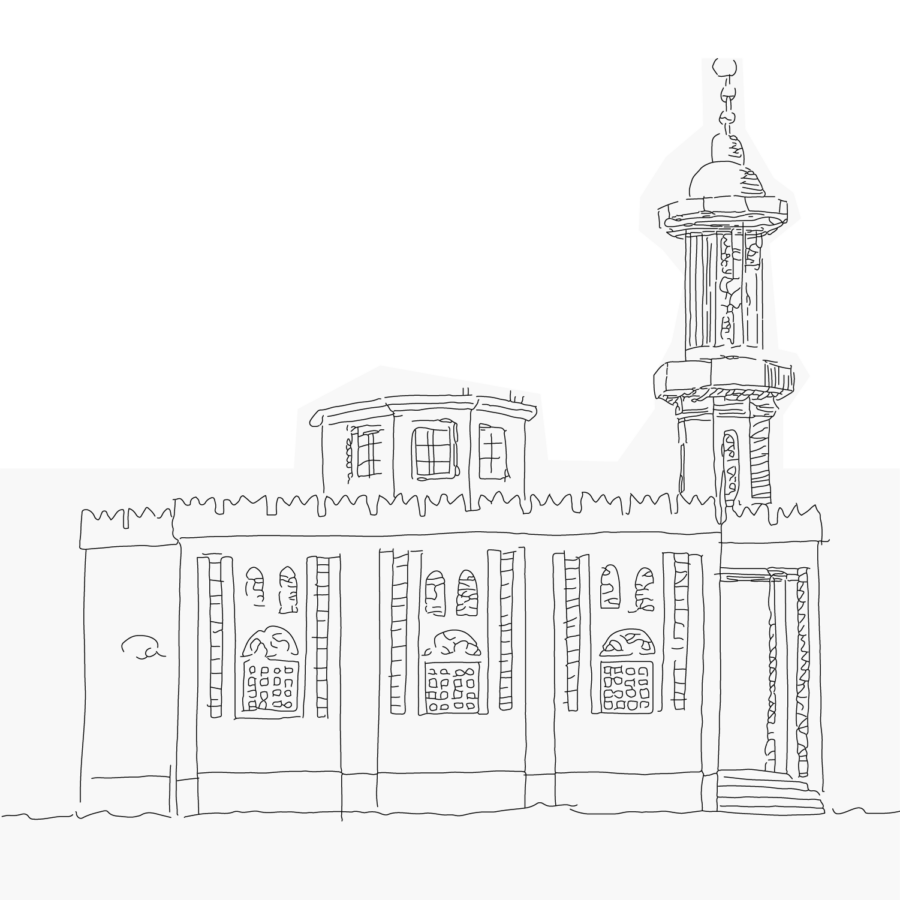 Read Story
Mustafa, Meeting the Bedouins
Mustafa, a colleague and driver on our research team, changed his idea of the Bedouins, after meeting them in the field. 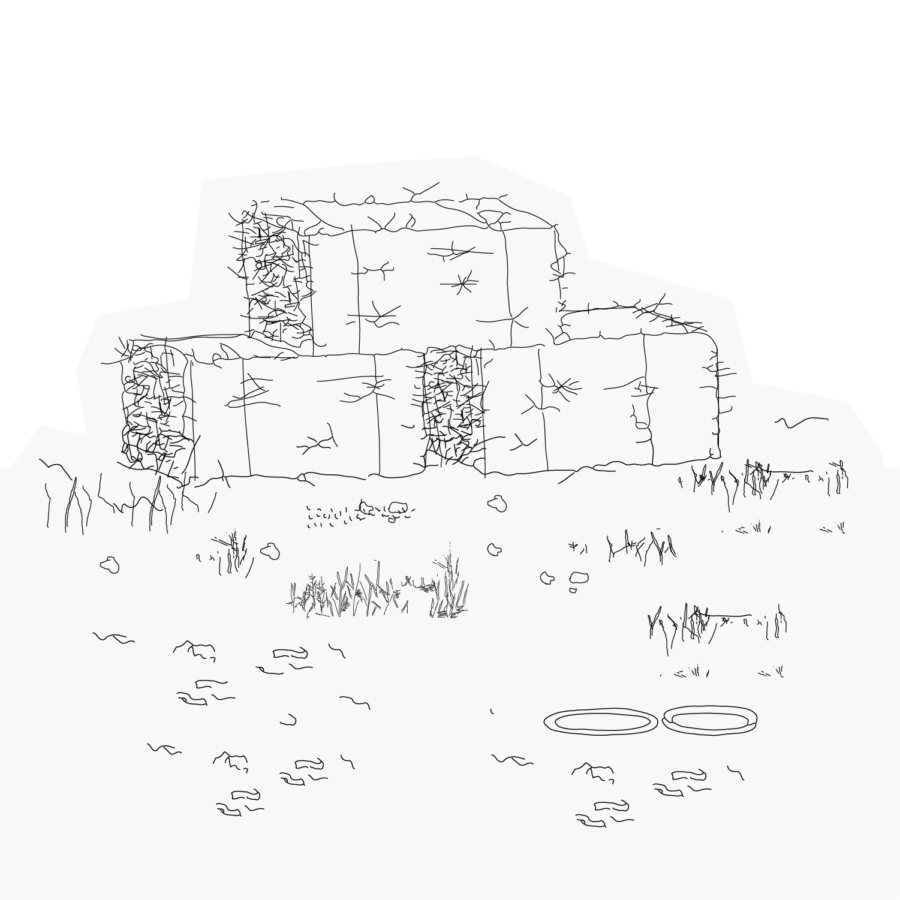 Straw- and hay stacks from rice or wheat compressed for animal use.

Read Story
Mohamed, graduate farmer
Mohamed is a graduate farmer who has land at the tail of the branch canal. He belongs to the minority of farming families who have survived the difficult early reclamation years in which few basic services existed in the area. They persevered and gradually improved conditions of working and living. 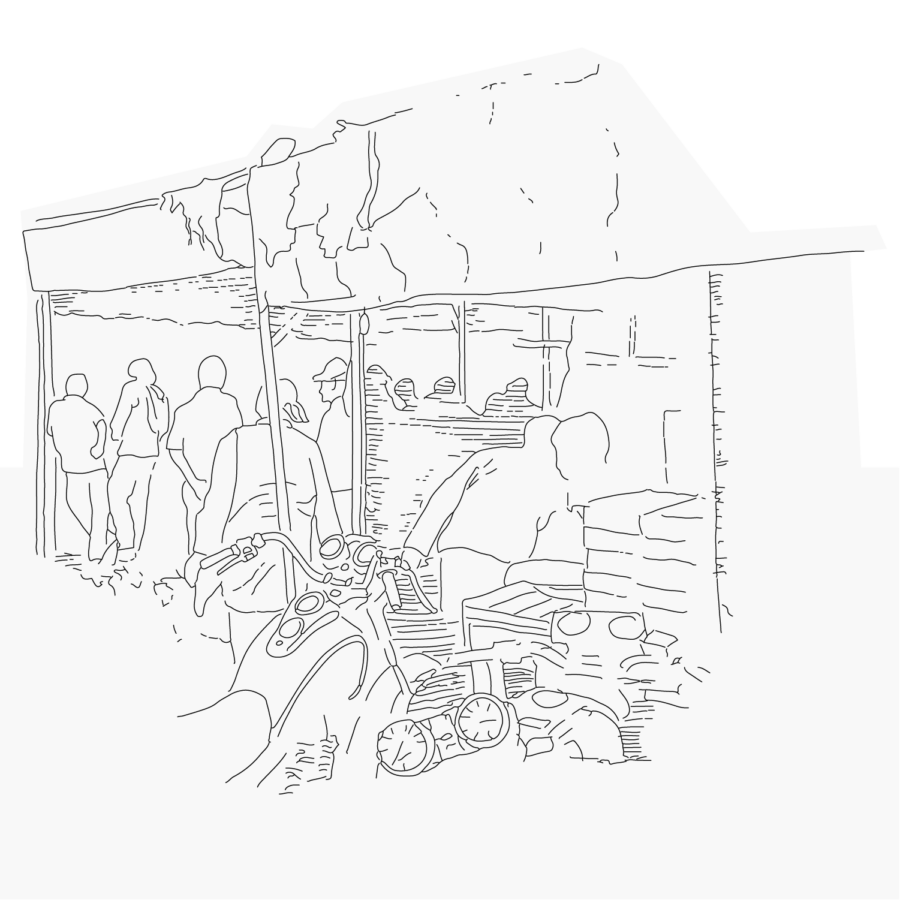 A local market for fish, vegetables and other foods, located at the crossroads between the Salam canal and the Bahr el Baqar drain.

Read Story
Om Amira, Female farm owner
Since a few years ago when her husband has passed away, Om Amira is managing the two hectares of farm land, that he left behind as a graduate farmer. Om Amira has survived the difficult early years in the village and now she continues to struggle to bring her children up.
Read Story
Mariam, researcher
Research team member Mariam recounts Om Amira's settlement experience in the area, based on their talks. 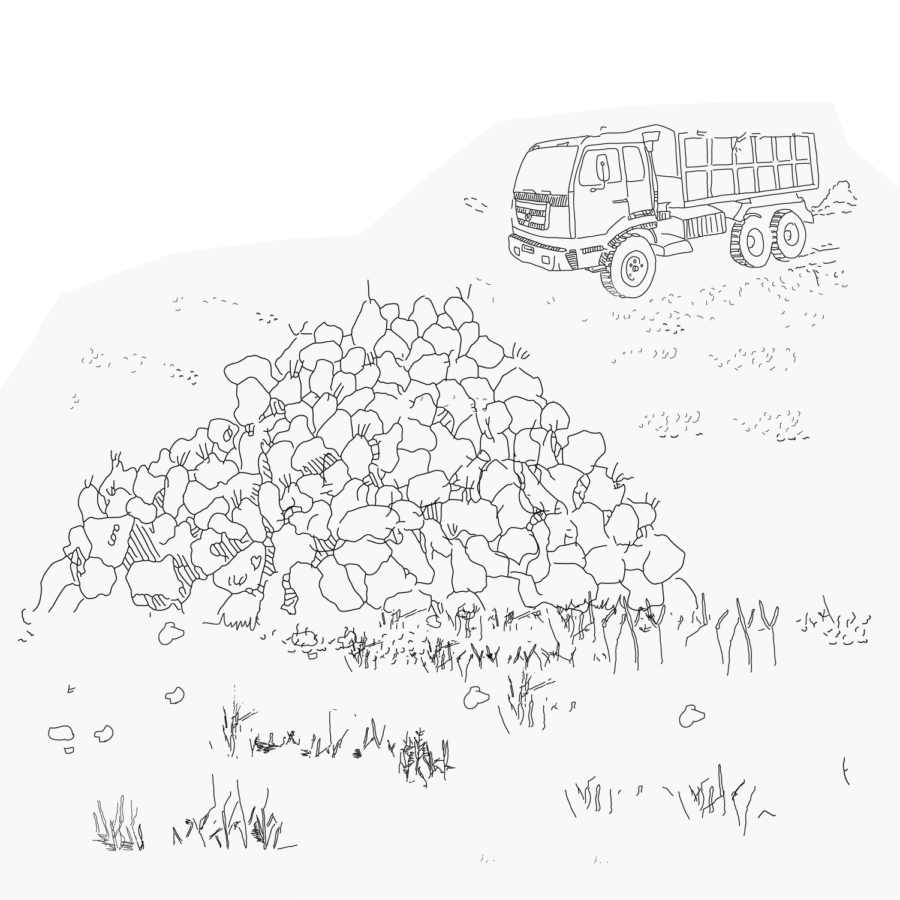 Piles of sugar beets waiting on the fields, to be collected by the sugar refinery.

Read Story
Ahmed, fish farmer
Ahmed’s father was a cattle trader who settled on the elevated lands near the Bahr el Ba’ar drain, before the project started. They reclaimed the land for producing fish in large fish ponds and continued doing aquaculture, in spite of government plans for agricultural use. 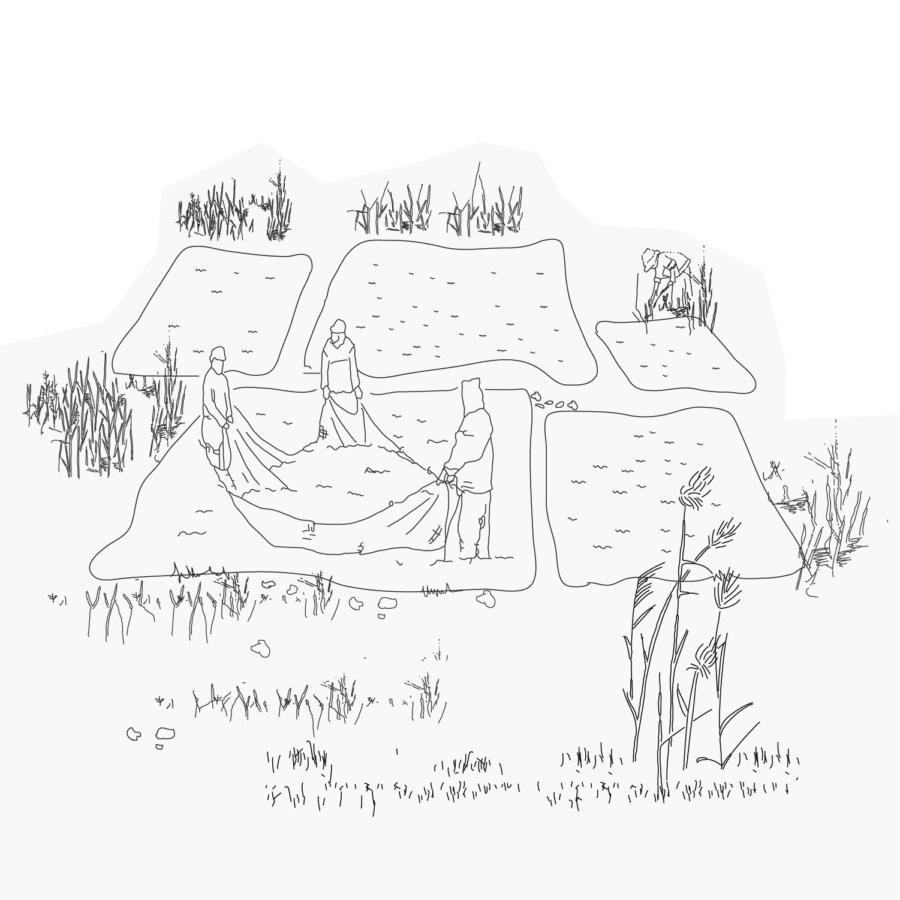 Fish farmers working in their ponds. 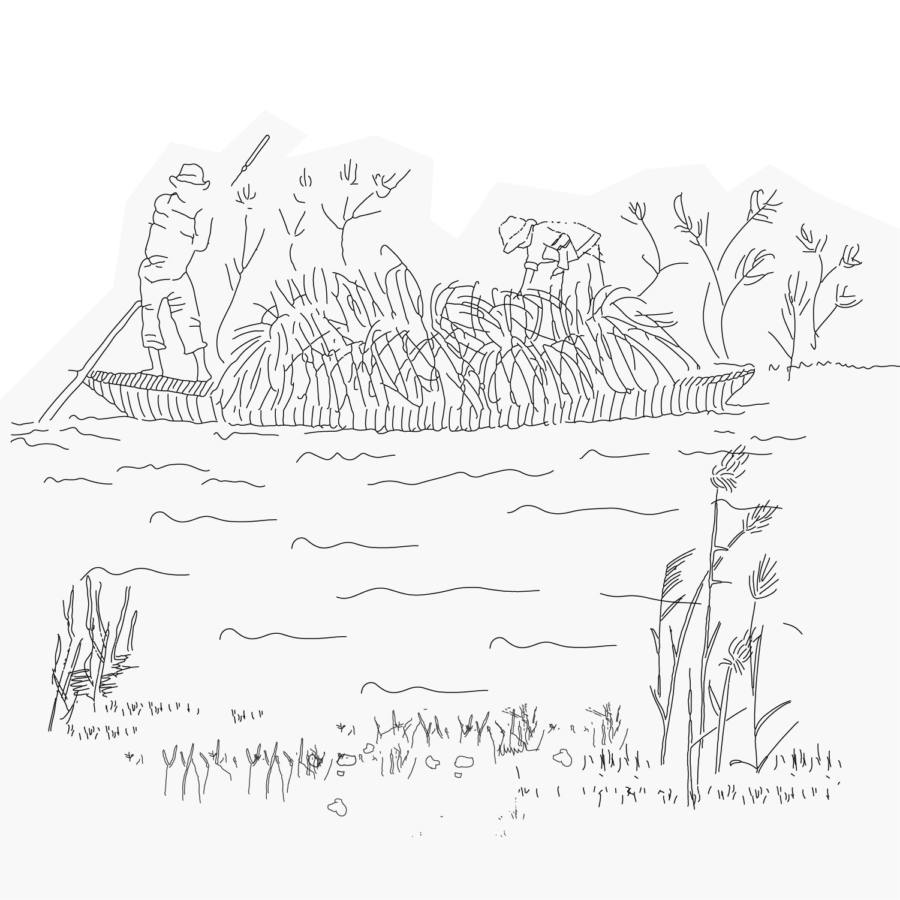 Collecting reeds along the water with a boat. 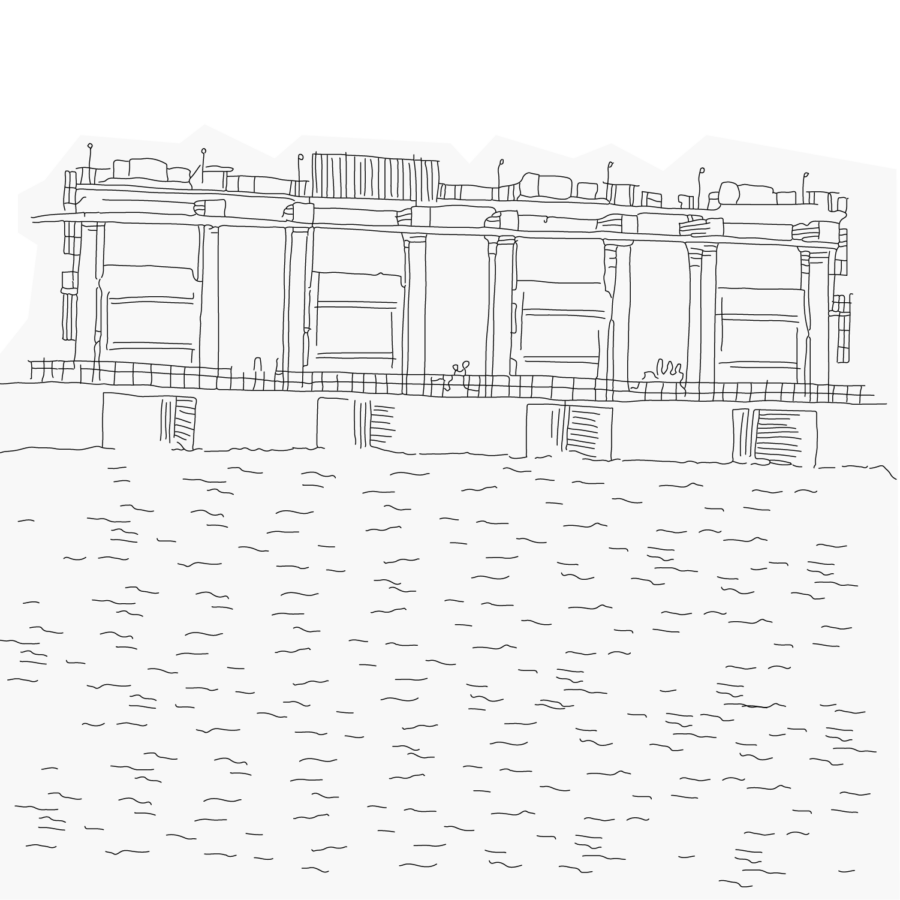 The siphon passing water passing underneath the Suez canal to Sinai. 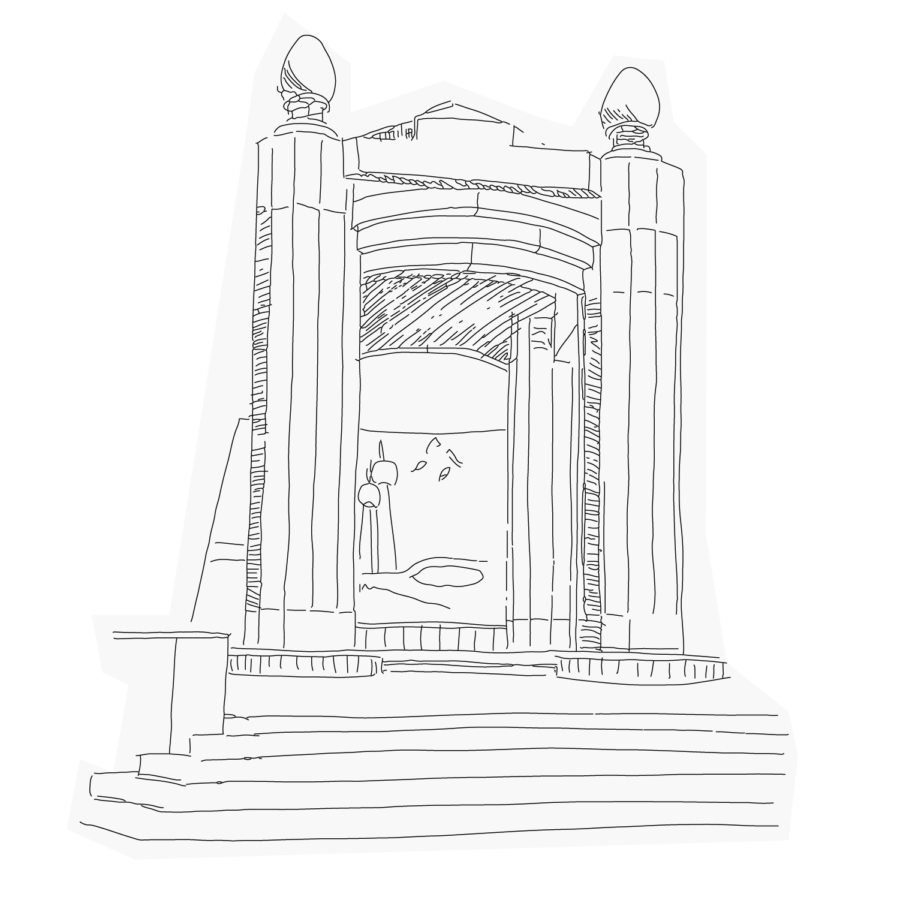 A monument that celebrates the inauguration of the siphon. 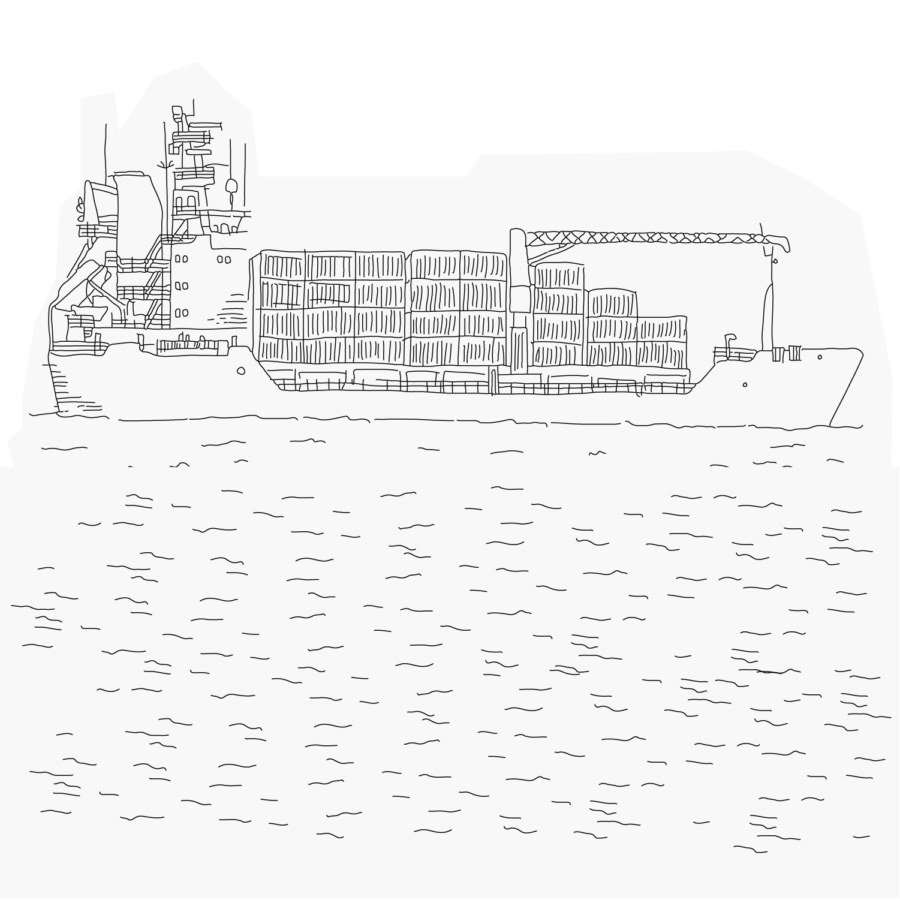 Backward
Forward
Back to project